A very basic implementation of a Perception in the field of deep learning and AI on an AVR micro-controller .

I was so fascinated the first time i saw google's deep dream computer vision , the simple idea that a piece of program can learn slowly by training using some sample inputs or from trial and error is so interesting . similarly intriguing to google's deep dream there is Mario AI which is a sort of program that teach itself to play super mario ! . after looking a little more into this kind of AI i found that both uses the concept of neural networks , which is sort of simulating human brain .

I decided to learn a little more about this and do a simple project that uses neural networks , i wanted also for it to be a physical thing rather than just a program in a computer , this is the reason why i decided to put it into a micro-controller along with few LEDs and buttons , and why not try to fit it in a 1kb for the 1kb challenge :)

Neural networks are based on what called perceptron which is a computational model of a single neuron . A perceptron consists of one or more inputs , a processor and a single output :

Most of the informations i'm using in this post i got them from this online free book i really do recommend having a look at it .

The Perceprton returns an output based on the inputs and weights and recalculate the weights depending on the error from the desired output . an extra input called bias is added for the case where all the inputs are 0 .

My inputs will be simple 4 push buttons , and the output 4 LEDs , i'm going to add 4 more buttons on the output side to use them during the training , and 4 more LEDs as input indicators . and finally a button to switch between the training and guessing mode . and i'm running all this on the Atmega328p. 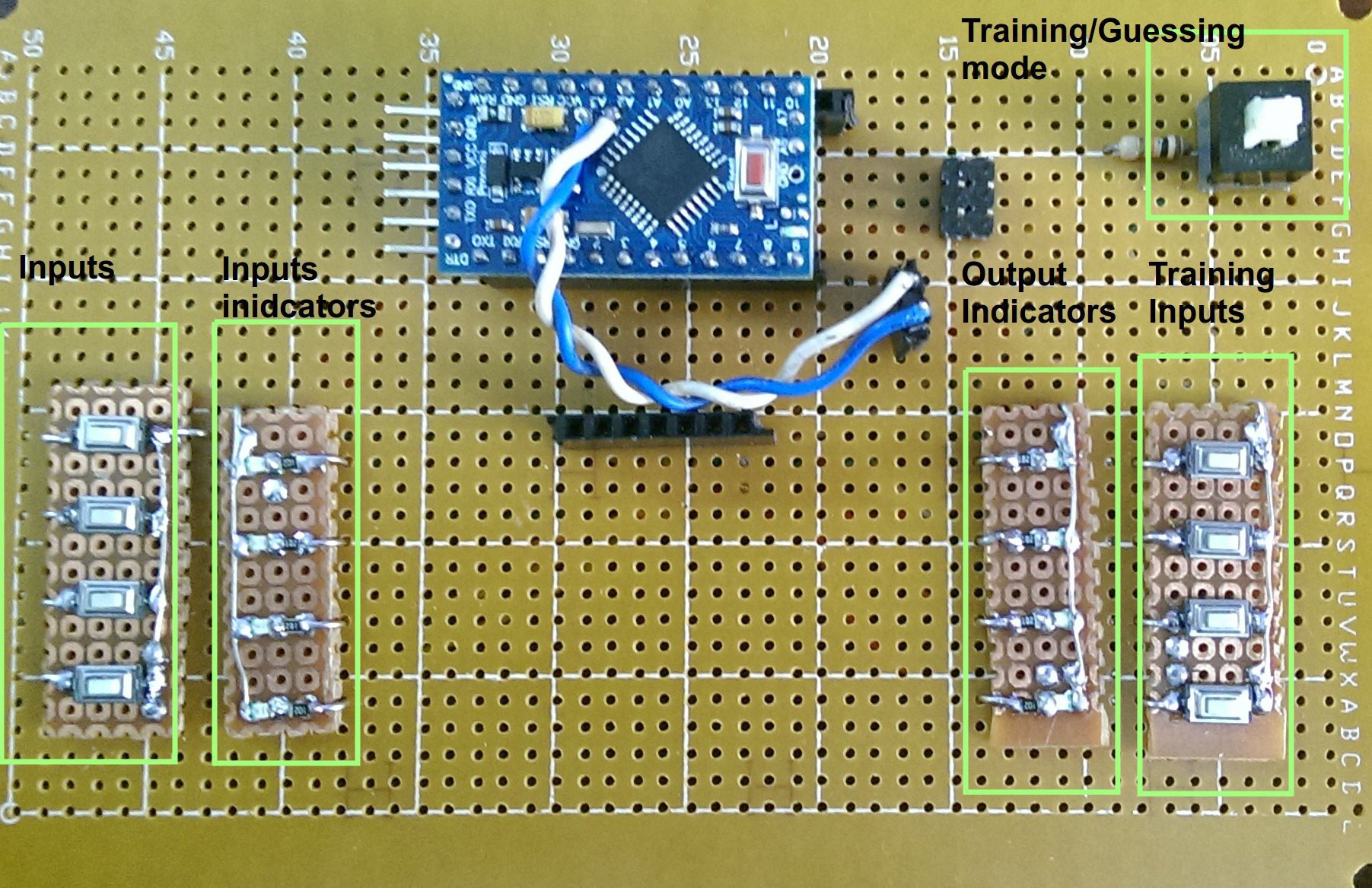 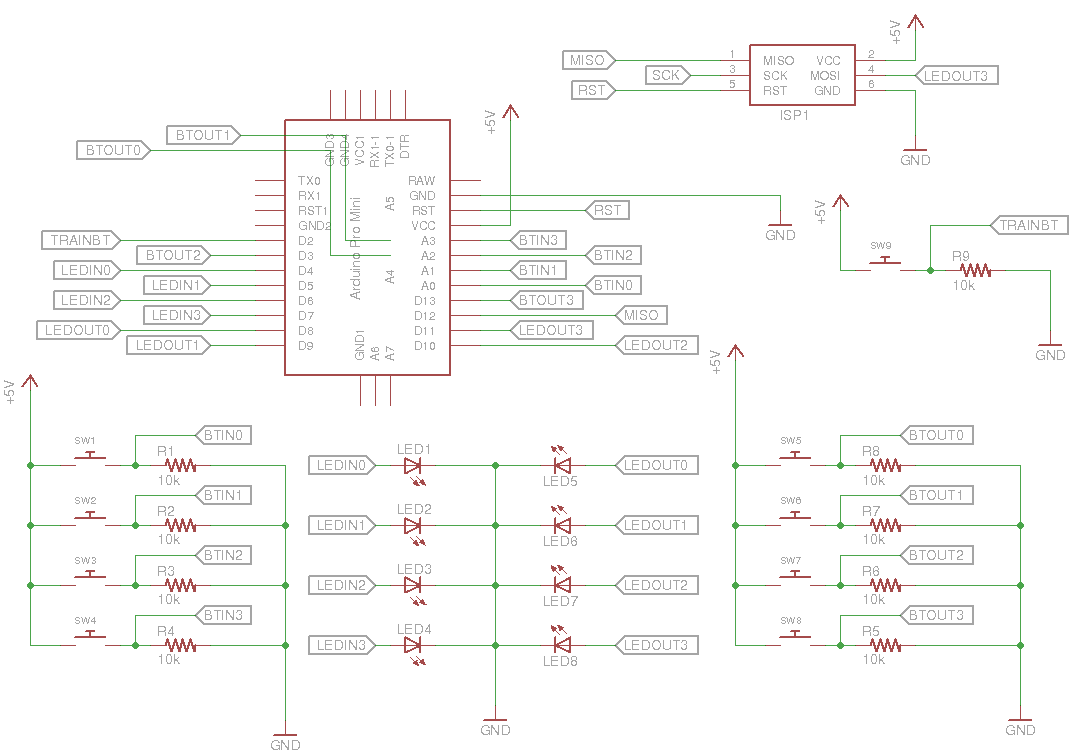 The idea here , is to teach it to light an LED at the output depending on what button we press at the input . at first the program starts with some untrained weights for each input :

And set inputs stat to 0 except the bias which is always set to 1:

In the guess mode , the perceptron calculate the sum of the weights multiplied by the inputs:

The sum will be our output .
In the training mode , we will calculate the error from the desired result , i choose to indicate output stat with values 0,1 ,2,3 that corresponds to the LED we want to turn on at the output .

And we input the correct answer using the output buttons and we calculate the error , and re-update the weights :

A learning constant is added as well to the calculation , to adjust wither we want a harsh or soft weights changes .

As you have noticed the calculations uses float variables which takes quite a good amount of the memory space , i've struggled a lot to to reduce the code enough for the challenge, and just a moment from giving up , i found the avr gcc fixed-point type library which helped reducing the code size significantly ! . If anyone have a different approach please share it ! .

Clone larger disk into smaller one with dd